Warning: count(): Parameter must be an array or an object that implements Countable in /customers/5/9/d/thetaverngame.com/httpd.www/wp-includes/post-template.php on line 284

When creating a new character in The Tavern, you have to pick a character class. Your choice of class determines which abilities your character gets access to, and also the options and choices that become available during Adventures. The following classes are available in The Tavern (click on the icons to jump to the class descriptions): 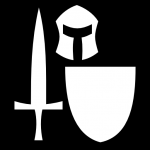 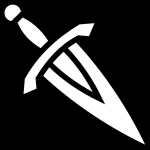 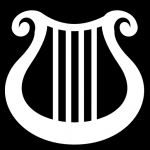 
These character classes all have their own strengths and weaknesses, both in combat and non-combat situations, and each will have access to one offensive and two defensive combat-abilities, as well as some special abilities that can be used for interacting with the game’s environment when not in combat.

All classes are gender-neutral.

*Note that character progression in The Tavern is linked to the completion of Adventures, and does not depend on the number of opponents defeated or the amount of boar intestines/monkey butts delivered to arbitrary quest-NPCs.

Warriors have absolute trust in their arms, their armor and their skills in combat. They never back down, never yield, confident – often to a fault – that their strength, their stamina and their martial abilities will see them prevail in any conflict.

Many Warriors have backgrounds as professional soldiers, but in times of peace they are forced to look at alternate means of financing their habits of feasting, carousing and paying for broken furniture in taverns. This often involves carrying old (and preferably rich) people across rivers, rescuing kittens from trees and/or kidnapping members of royalty for ransom money.

If at first you don’t succeed, you haven’t applied enough brute force.

Magi have reservoirs of mystic arts and arcane knowledge at their disposal, but as such knowledge equals power, they are ever the students, thirsting for those secret writings found only in the most aged of manuscripts.

The Magi are at once magicians, loremasters and philosophers, and their mental acuity is second to none. Instead of relying on brute force to get their points across, they manipulate the magical energies surrounding them and bend the realms of reality to their will using ancient sorcery. This can look extremely impressive when done right, but when done wrong the consequences can be disastrous. Many a Magus has been forced to wear a wig after accidentally setting his (or her) own hair on fire.

A fireball in each hand is better than ten on the roof(?).

Rogues often represent the dark underbelly of society. They are agile on their feet, nimble with their fingers and have a preference for getting out of trouble by stabbing trouble in the back.

With sharp wits and even sharper daggers they always have pointy arguments at the ready, but should those be inadequate for the situation at hand, they can also rely on their ability at dodging attacks, their charm and good social graces, or their mastery of running away really fast from the scenes of crimes they may or may not have committed, to ensure a favorable outcome. Rogues also excel at lollygagging.

If it glitters, it’s probably gold! Why take any chances?

Bards are no regular adventurers; instead of arms or spells the Bards rely on silver tongues and excellent musicianship to overcome challenges that present themselves.

Many Bards live nomadic lives, traveling from tavern to tavern as they tell tales of unlikely heroes and dastardly villains, often accompanied by dramatic musical performances on lute, flute or lyre. Some of their tales are based on personal experiences, some they make up on the spot, but no matter the source, they are all greatly embellished and made larger than life in order to dazzle and impress. Sometimes, the Bards’ tales get them into trouble after they’ve either wittingly or unwittingly insulted some adventurer or other who then hunts them down seeking retribution and/or monetary compensation for a tarnished reputation, and they’re forced to make hasty exits stage left.

(The Bard-class offers players an alternative, non-violent approach to playing the game. Instead of defeating opponents in combat through brute force, the Bard uses his abilities to demoralize and discourage, with the ultimate aim of resolving conflicts without bloodshed.)

Stay a while, and listen…